Roll over image to zoom in

Coenzyme Q10 is a vitamin-like compound also called ubiquinone. It is an essential component of cells and is necessary for mitochondrial energy production. Years of research has shown that CoQ10 supports healthy cardiovascular and immune system functions in addition to its vital role in energy production.

Consumption of Omega-3 fatty acids may reduce the risk of coronary heart disease. FDA evaluated the data and determined that, although there is scientific evidence supporting the claim, the evidence is not conclusive.

The natural fish oil concentrate used in this softgel is tested to be free of potentially harmful levels of contaminants (i.e. mercury, heavy metals, PCB's, dioxins and other contaminants).

Now Foods CoQ is 100% all-trans form of CoQ10 that is produced using natural fermentation and purchased from the leading Japanese suppliers. This is considered to be the best and most natural form available. oils added to powdered CoQ10 within a softgel capsule. These differences are far Differences in absorption or utilization of CoQ10 products are mostly associated with less important when the supplement is taken at the same time as other oils or oil-based supplements in the diet, rather than between meals. This makes it possible to take CoQ10 in a vegetarian form - or even as a powder - and still enjoy the benefits of enhanced absorption.

Contains no titanium dioxide. Separation and color variation in the softgel is natural and doesn't affect product quality.

*This statement has not been evaluated by the Food and Drug Administration. This product is not intended to diagnose, treat, cure or prevent any disease. Keep out of the reach of children. Store in a cool dry place, tightly closed. 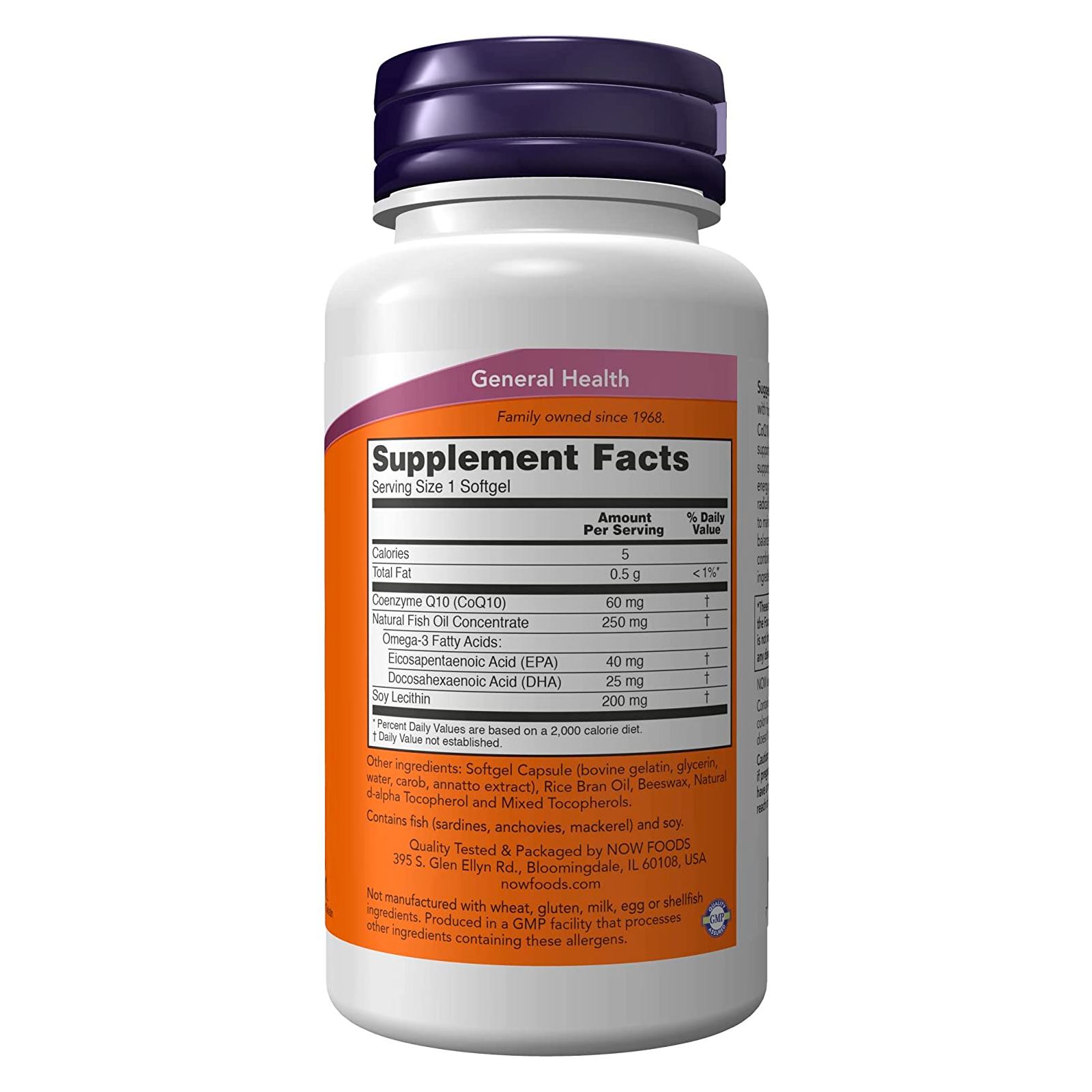 We have a 30-day return policy, which means you have 30 days after receiving your item to request a return.

To be eligible for a return, your item must be in the same condition that you received it, unworn or unused, with tags, and in its original packaging. You’ll also need the receipt or proof of purchase.

To start a return, you can contact us at sales@dailyvita.com. If your return is accepted, we’ll send you the instructions on how and where to send your package. Items sent back to us without first requesting a return will not be accepted.

You can always contact us for any return question at sales@dailyvita.com.


Damages and issues
Please inspect your order upon reception and contact us immediately if the item is defective, damaged or if you receive the wrong item, so that we can evaluate the issue and make it right.


Exceptions / non-returnable items
Certain types of items cannot be returned, like perishable goods (such as food, flowers, or plants), custom products (such as special orders or personalized items), and personal care goods (such as beauty products). We also do not accept returns for hazardous materials, flammable liquids, or gases. Please get in touch if you have questions or concerns about your specific item.


Exchanges
The fastest way to ensure you get what you want is to return the item you have, and once the return is accepted, make a separate purchase for the new item.


Refunds
We will notify you once we’ve received and inspected your return, and let you know if the refund was approved or not. If approved, you’ll be automatically refunded on your original payment method. Please remember it can take some time for your bank or credit card company to process and post the refund too.